We all know that without these two ladies, we would have basically no soccer in Sioux Falls.  The engines that make DASC the club it is are Jean Bowar and Jan VandenBos.  Without their tireless work, endless knowledge and ability to know where everything is, was or should be, we couldn't operate at the level we do.  Combined these two have literally had a hand in Sioux Falls soccer since the beginning of the 1980's.  Not only have their kids played soccer for years and years, their grandkids are working their way up the levels of the club as well.  We recently sat down with Jean and Jan to collect some memories about how soccer used to be in Sioux Falls and how it's changed since 2009.

When did you get involved with soccer here in Sioux Falls?

Jan “I started with SF Soccer in 1994 as the uniform director.  Every player received a uniform, via a check out process, and I was in charge of that (roughly 2000 players). I was not a full-time position, in fact (I) was job sharing with another person which lasted all of about 3 weeks. I had to purchase new uniforms every six months or so, mostly they were generic uniforms but some were sponsored, like Pizza-Hut or some other local business. Once the uniform process was mostly done, I started helping Jean with the teams. We shared one computer that wasn’t even connected to the internet.  Everything was with paper, stacks and stacks of paper. The recreational app actually had a map on the back where people would mark their address by putting a dot close to where they lived and we would then try to match them to a team in the area.  The process isn’t entirely different now with our computer systems, we still have paper and spreadsheets to use for placing teams.”

Jean “I started in1988 with SF soccer association, had been on the board prior to that. I didn’t have a title, but it was part-time hours even though I didn’t work those hours, I worked a lot more.  Front desk, registration, organizing teams, recruited coaches for teams, lots of follow up. Basically the same as now with DASC. Everything was done manually so it was very tedious and time consuming. We used to work until 3am because the work was so time-consuming and nothing was electronic.

How has your role changed since the merge?

Jan “Sioux Falls Soccer and Great Plains Soccer had merged first due to staffing, facilities and combining of resources to manage effectively the quality of soccer in SF. Dakota Gold and SF Soccer both had competitive programs running simultaneously, some were in SF Soccer and some were with Dakota Gold. The writing on the wall was a more collective group decision for the betterment of the sport.  Instead of fighting for players and resources, it made more sense to work together as one entity rather than multiple.”

Jean “Honestly most of the work was the same for Jan and I. Some of the logistics slightly changed but not really anything major.  The dynamics of the office staff changed a bit more.  The competitive side changed more whereas the Rec side didn’t change as much.  I took on the Rec side while Jan took the competitive side for registrations but we still help each other as much as we can.”

How has soccer changed in SF since the very beginning?

Jan “Back in the mid 1980’s as an under 6 player, they were still playing 11v11! Now versus back in mid-80’s the groupings were quite different: REC, Advanced League, Competitive, High School. The numbers are roughly the same as then but just organized differently.  I don’t know if there was soccer for the really young ones yet but yeah even 6 year olds were playing 11v11.”

Jean  “Even the little kids were playing 11v11, swarm ball or bee ball. At a point in the mid 90’s we had decided as a board to go to micro-soccer, 3v3 or 4v4 and the parents weren’t actually happy about that.  They didn’t understand why the change was necessary.  It just took time to see the positive change.  During that time we also had to change to gender based teams and it made a world of difference.”

Were there any doubts that the merge between the organizations would fall through?

Jean “I had a little doubt about the merger coming to fruition but was overall thrilled that this would happen. There were some conflicts here and there between the groups, mostly the labels and teams were always at each other because they were this team or that team.  Very happy to merge and have all the soccer under one group.  The labeling was the biggest conflict but I was happy to see everyone with the same label.”

What was the best thing to come from merger?

Jan “We gained a new staff, new programs, more opportunities to play, more focused minds.  Everyone dug in and did their job and I think it’s been pretty good so far.”

Jean  “The merger itself is the best thing to have happened.  Getting rid of the animosity between the labels of the groups (Dakota Gold versus Great Plains versus SF Soccer). Everyone joined and everyone wanted the kids to excel in soccer and it was for the kids.” 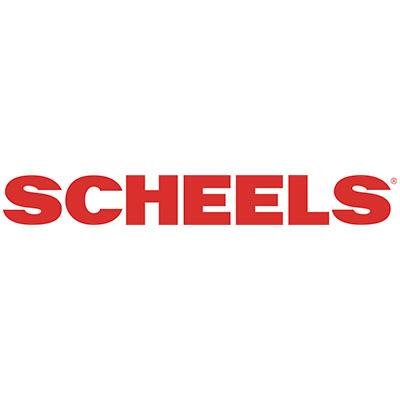